Shopping Cart
Your Cart is Empty
Quantity:
Subtotal
Taxes
Shipping
Total
There was an error with PayPalClick here to try again

Thank you for your business!You should be receiving an order confirmation from Paypal shortly.Exit Shopping Cart

Documentation of the black and tan terrier can be traced as far back as the 1600’s.

In 1686,“The Gentleman’s Recreation” stated that the terrier is a very small dog used for hunting the fox and the badger.

In 1760,“Field Sports” documented of two types of terriers. They were described as rough and short legged, long backed, very strong, normally black and tan in color or yellowish, smooth-haired and beautifully formed, having a shortened body and more sprightly appearance, generally, reddish brown color or black with tan legs.

In recent years, the “Hunt Terrier” has been bred for companionship to become a household pet, while retaining hunting abilities.

This little terrier was a very common breed hundreds of years ago and is the foundation of many of the breeds we know today.

At the dawn of the 20th century, the red hunt terrier and the black and tan hunt terrier were near extinction.

Because of the black and tans great hunting ability, small size, intelligent look, and loyal companionship, he was being used as the foundation for many other breeds. As was mentioned earlier, the gentlemen's terrier was the Manchester Terrier. The sporting breed was the Bull Terrier and the huntsmen, in need of a dog that was white, as to tell the difference between the dog and the prey, used the Fox Terrier breed, and a smaller version better for the underground work was the Jack Russell Terrier.

The American Hunt Terrier Club Association was organized in 2008, with the goal of preserving the original Hunt Terrier, accepting “only” the original black and tan or red hunt terrier as described from years ago. We are a dedicated registry set out to preserve and promote these little terriers.

The American Hunt Terrier is a well balanced terrier, small, yet strong and agile terrier, a little longer than tall. Chest is deeper than it is wide, legs are well muscled and half the terrier’s height. The head has a moderately broad, flat skull with button drop ears.

He has a powerful build. He is built like a tank. But he has the sweetest personally. He is loving and protective and so smart. He stands 11 in. tall and 16 lbs. of muscles. he is SCA and PLL clear. 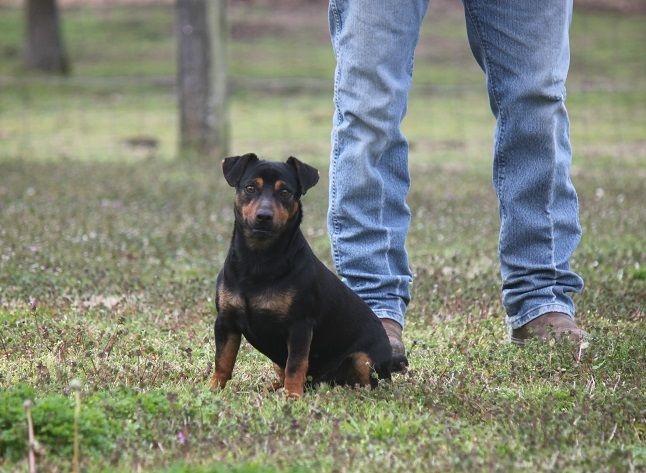 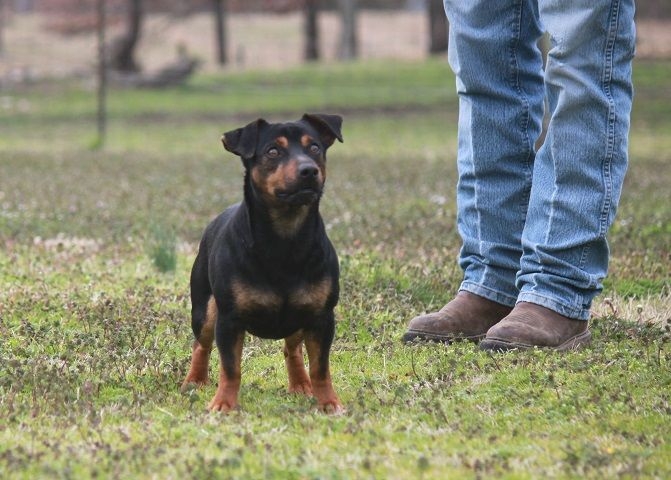 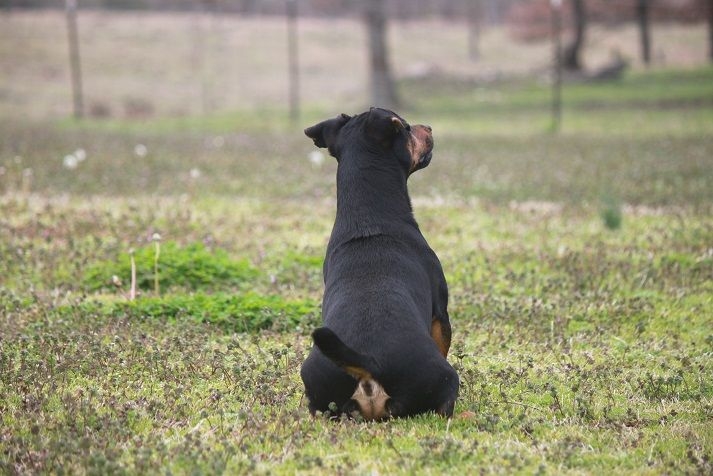 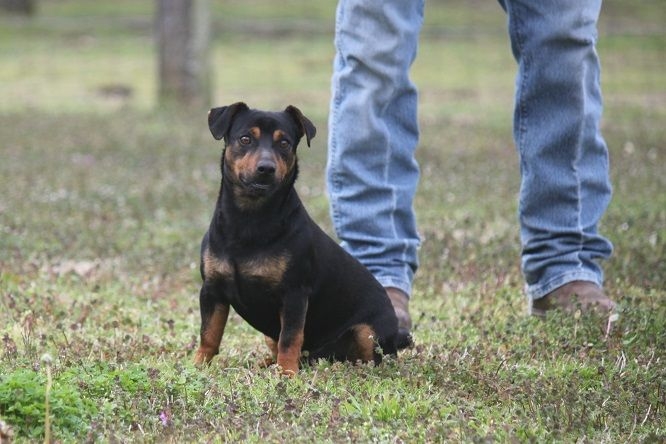 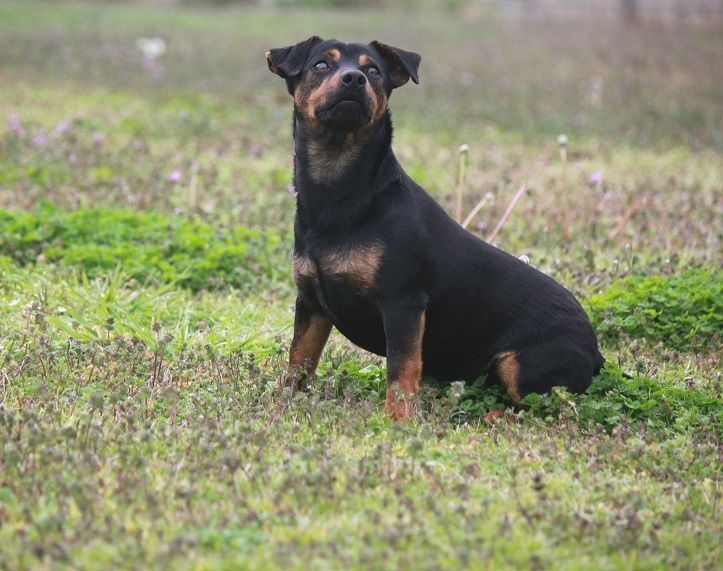 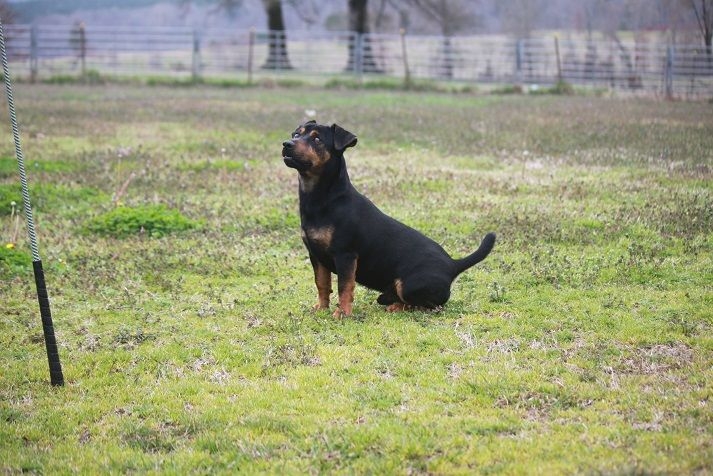 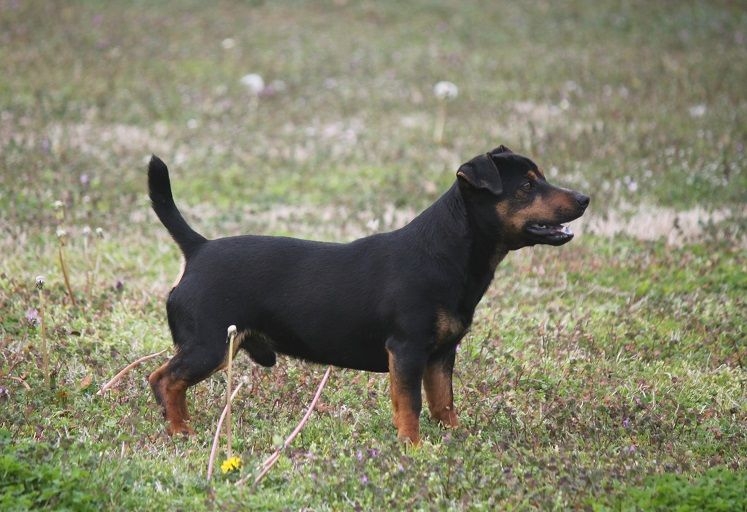 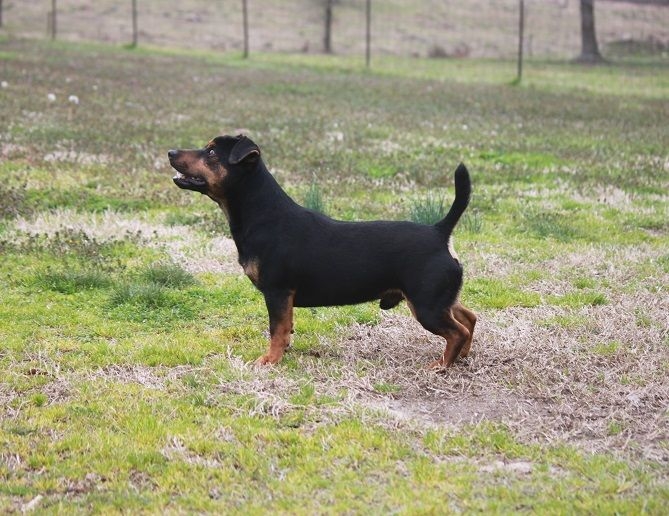 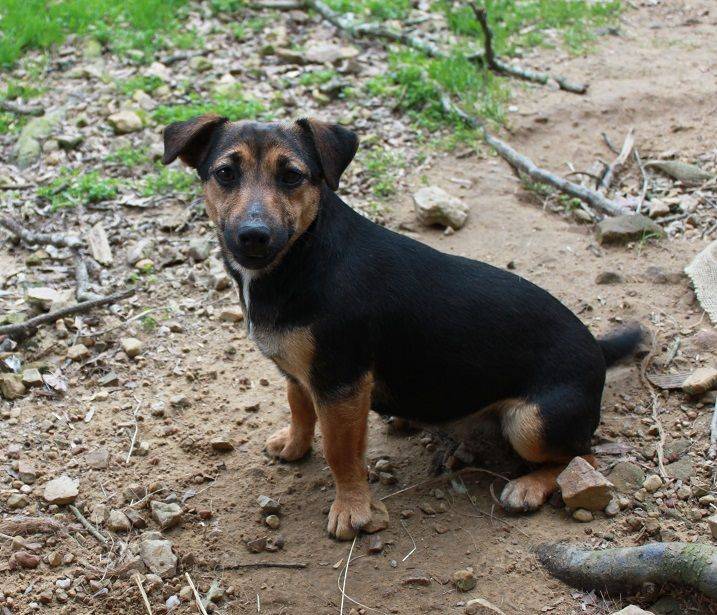 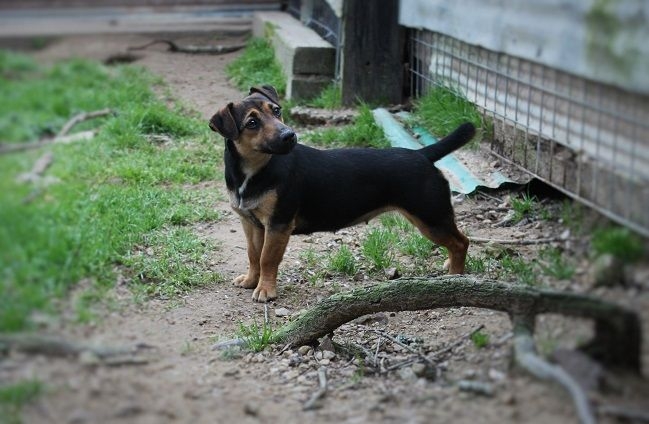 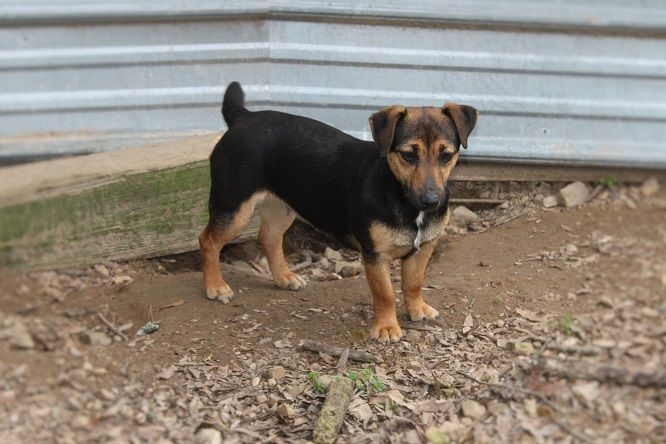